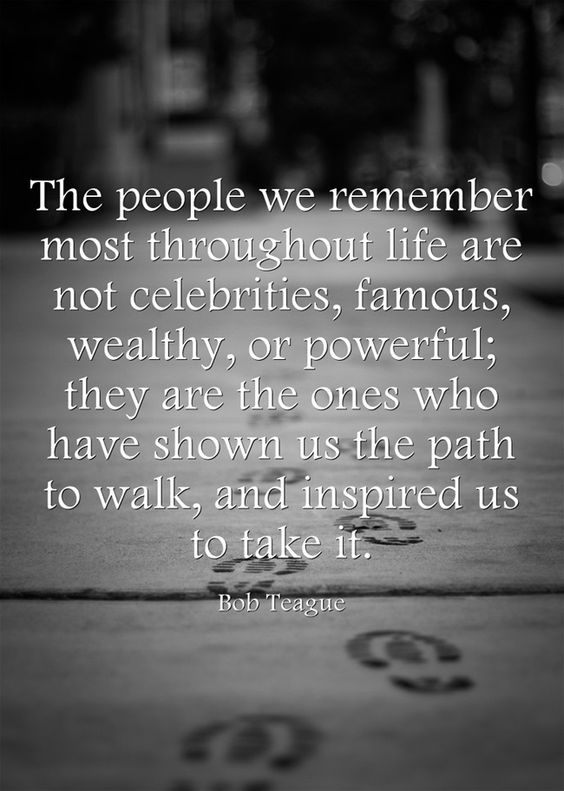 I have in my office, and have had it for years, what I call my “Wall of Fame”. It could also be called my “Wall of Inspiration”. No one on this wall is famous, and the average person would recognize none of them, yet they had the greatest influence on my life. Some of them showed me the value of hard work, some of them showed a moral code and character that I still find hard to emulate. They were teachers, farmers, foundry workers, mothers, business people, just average everyday American citizens trying to build a life for themselves and their families.

Let’s have a little quiz; who won the 1990 MVP in baseball? Who is the most well-known celebrity in the world? Who won the Super bowl in 1974? Who won the academy award in 1989 for best actor/actress? Don’t remember? Let’s try this quiz: who was the teacher in school who influenced you most? Who taught you the most about life growing up? Who was there for you in your youth when others were not?

Those are easy right? These kinds of people populate my “Wall of Fame”, and I am proud they do because, without their love and guidance, my path would be completely different, and not in a good way. They will always be inspirational “Super Stars” to me. We place far too much emphasis today on sports stars, actors, and celebrities. The genuine celebrities are everyday Americans who work and hope for the future.