The Big To-Do About Really Nothing + WHAT IS IMPORTANT 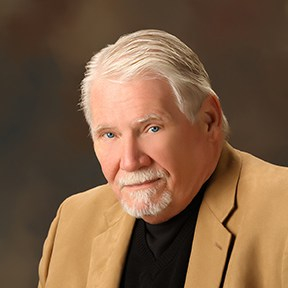 Currently everyone seems to be over wrought about politics, on both sides. The Democrats seem to be almost foaming at the mouth daily about Trump. The Republicans seem to want to blame the congressional Democrats for their own lack luster performance. It has become tiring to everyone to watch this yip-yap every day with little getting done on healthcare or taxes.

Let’s all take a collective breath here and take a logical real-world view. If Clinton had won do you truly and honestly think YOUR life would be different today? If you’re completely honest with yourself, the answer is an emphatic NO. It makes little difference in the average citizen’s daily life who is POTUS. We all have to go to school or work, we would STILL be worried about the same things; family, finances, friends,health, etc. At the end of the day, no matter Trump or Clinton, when either left office they would still be filthy rich and unaware of the average person’s daily struggles to raise families, meet financial obligations, maintain their health, put food on the table and pay taxes to finance governments, state, local, and federal , which have become increasing unresponsive to their needs.

The governments, (all), have become more of a country club of over-paid whiners instead of representatives of the people who put them in office. They have their OWN health care plan, and somehow,on a salary of $174,000 a year or more, manage to become multi-millionaires in just a few short years. How? They kow-tow to lobbyists and special interest groups for re-election funds, and if these group’s interests conflict with your’s and mine, well guess who gets the cheese!

The founding fathers NEVER intended politics to be a “career” path, rather an honor and a chance to serve your fellow countrymen. They left their businesses and jobs to SERVE, not be served, and where expected to return to their jobs and businesses after a SHORT term in government.

We have, over the decades, created 535 “Count Draculas” who, as my mother used to say, are more than happy to suck the public trough dry. I heard someone say just the other day, “the difference between an honest politician and a crooked one is about 1 year in office. My Grandpa used to say, “the only difference between the government and the Mafia is that the Mafia makes a profit.”

Stop and think, we have got to a point where the people who makes policies and laws for US, the average citizens of the country,  most of them, have NEVER held a regular, real-world job, other the public sector, a place where your politics is far more important than your performance.

In my opinion, we need to stop looking UP to these people until they actually start looking OUT for US.

Happy trails to you….